Have you ever visited Nevada? Many people have visited Las Vegas where the action is, Are you going to Best places visit Nevada?.

If you’re wondering, Nevada has a lot going on I’m sure you have heard of Las Vegas the city of Light and gambling goes on day and night, Many people have visited Las Vegas and spent their hard-earned money in the casinos and enjoyed doing it.

The State of Nevada sets in between California and Utah. Also, Nevada has a lot to offer visitors. To start is Las Vegas the city never sleep. In the old days when mobs ruled the whole country including Las Vegas. This Mob Museum in downtown Las Vegas. It is the place to learn about the mob and organized crime in this country. It is really will be interesting place to visit. 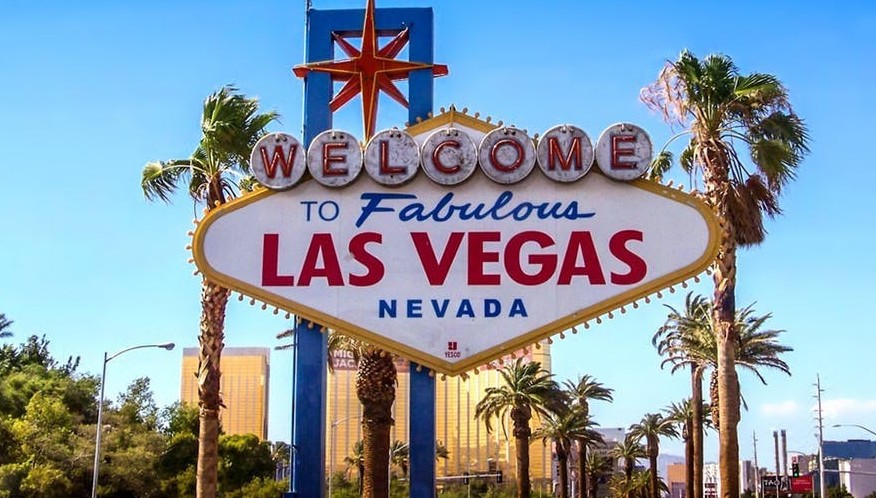 You must do and arrange whatever you have to do to be in Las Vegas. Las Vegas is known as Entertainment Capital of the World, everyone will have fun in Las Vegas no matter what rings your bell.

Las Vegas is known as “Sin City” because of it is mob history and gambling, so many slot machines, poker tables and wedding chapels with Elvis impersonators officiating.

Check this Blog about New Zealand

When you get to the main street called the strip you will see it full of large hotels and Casinos offer round the clock entertainment and round the clock the best restaurant the city is alive. You can see theme park in the Circus Hotel. 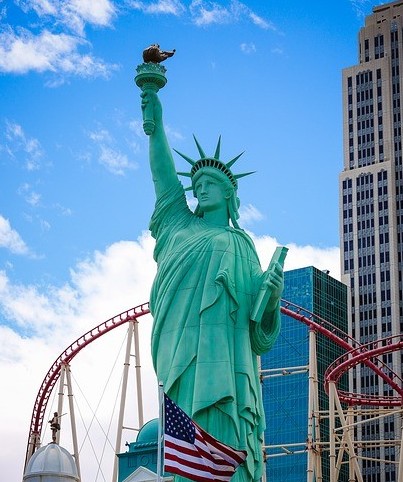 Lets visit the best hotels and Casinos and largest ever. Start with New York roller coaster it is really scary ride make sure you’re ready and know what you get yourself into. It is fast and high up. And from here we go to 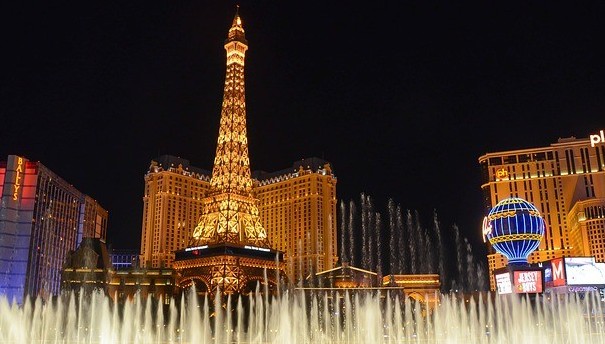 The Eiffel Tower Experience at Paris Las Vegas it is half-scale replica of the real Eiffel tower. When at the observation deck, you will be able to see 360-degree views of Las Vegas. Now let’s turn to

Just like you are in Venice, Italy you’ll see the canals and singing gondoliers right in the heart of Las Vegas, Venetian Casino Resort. Learning to ride Horses

The Venetian named their premier shopping mall the Grand Canal, then built a canal through it. They guide their craft under bridges and balconies, and past shops with exterior décor that mimics the real thing. Well now let’s move to other wonder of Las Vegas Strip. Check the gadget shop 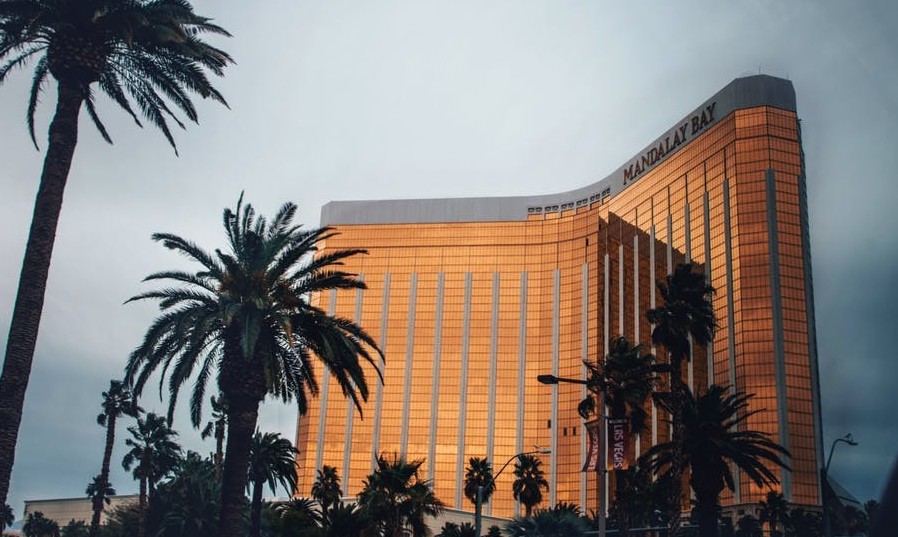 The Mirage is on the Strip it is Polynesian-themed casino and hotel with 3,044 rooms. The “volcano” at the Mirage Casino may be the only volcano that doesn’t stink when it erupts.

When this Volcano erupts nightly it spews out a pina colada scent. There are many other attractions including a huge aquarium located behind the hotel’s front desk. In the aquarium there are many fish swims around. Now let’s check out. 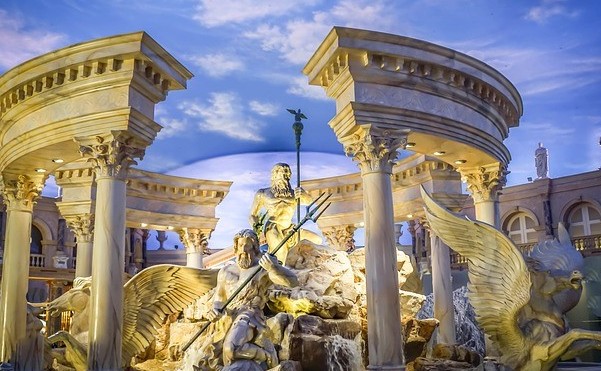 A larger-than-life resort, Caesars Palace opened in 1966 at a cost of $24 million, and was unlike anything Las Vegas had seen. The employees dressed up in Roman-themed uniforms, this hotel set a standard in the themed-hotels now it is a norm in Las Vegas. In to the gift shop 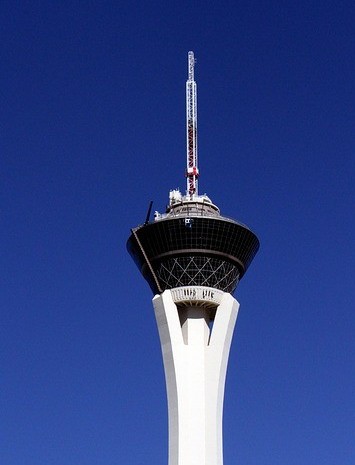 Just like other hotels in Las Vegas strip must have it is own personality to draw visitors. This hotel attract visitors to see the Stratosphere Tower, which, at 1,149 feet (350 meters) high, is the tallest freestanding tower in the United States.

The observation deck is has spectacular 360-degree views of the city and surrounding terrain. Since the tower is open until 1 a.m. on weekdays and 2 a.m. on weekends, it’s a good place to see Las Vegas. It is the most visited attractions in Las Vegas. Now it is time to see 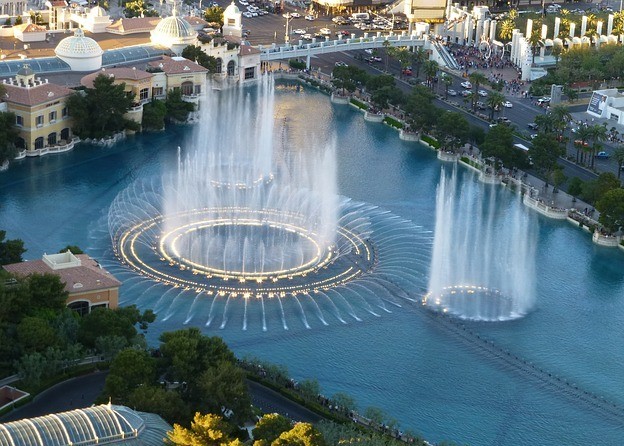 Bellagio is famous for it is dancing fountains, and conservatory and botanical gardens.

Experts also answer visitors gardening questions daily in the conservatory. The gardens are impressive, the fountains are even more awesome.

You can’t argue with Bellagio when it refers to this show as “the most ambitious, choreographically complex water feature ever conceived. Now Let’s go see 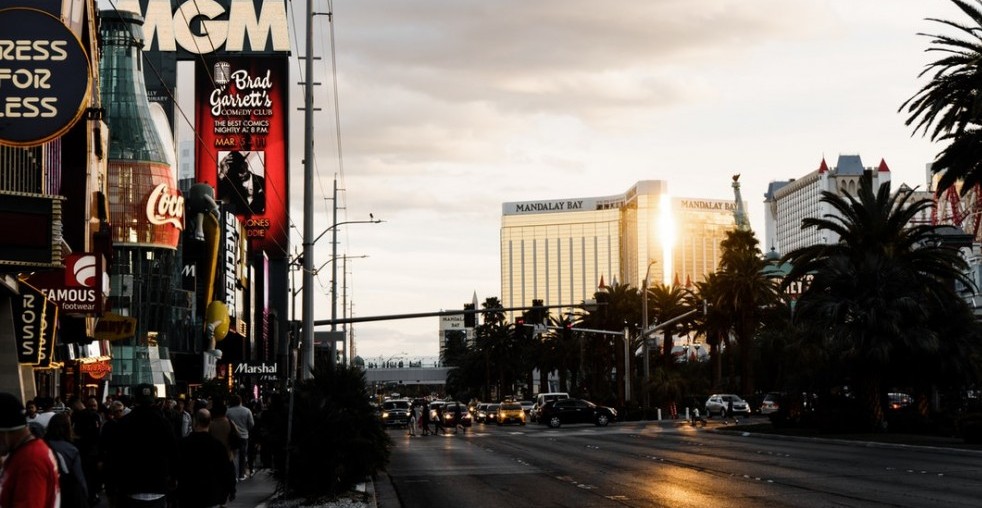 The Strip of Las Vegas

The strip is a stretch of Las Vegas Blvd. Has the largest casinos and very famous strip. It is fun Walking along the strip and reasonable option as the casinos are close to each other. Lots of small bridges connect the hotels to each other.

Well you will never have enough of Las Vegas but, now let’s go out of Vegas and visit other interesting places we go to: 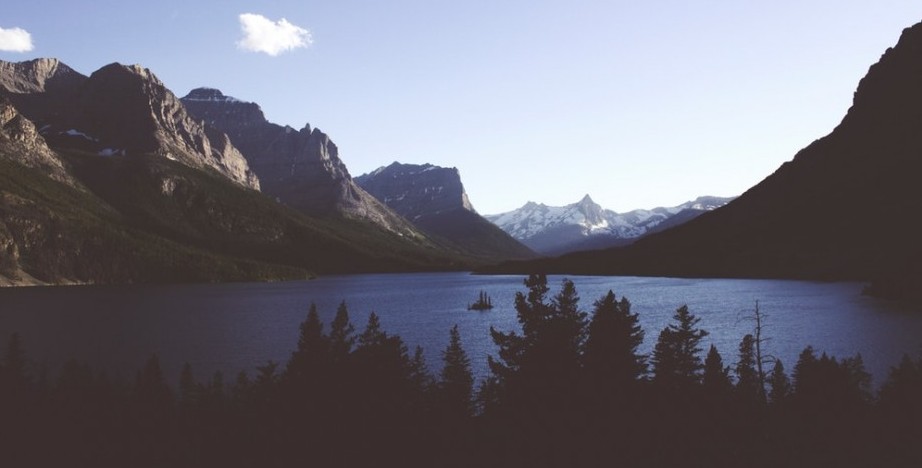 Created by the construction of the Hoover Dam 80 years ago, Lake Mead is one of the largest artificial lakes in the United States.

Lake Mead National Recreation Area very popular place to visit. With such a hot climate, it is no surprise that cool waters of Lake Mead beckon.

All kinds of water sport equipment is available for rent at the lake. You can explore the Lake Mead National Recreation Area by a kayak at Willow Beach and paddle down the Colorado River, which feeds right into Lake Mead. You can also tour the Hoover Dam as I usually do. Now let’s visit… 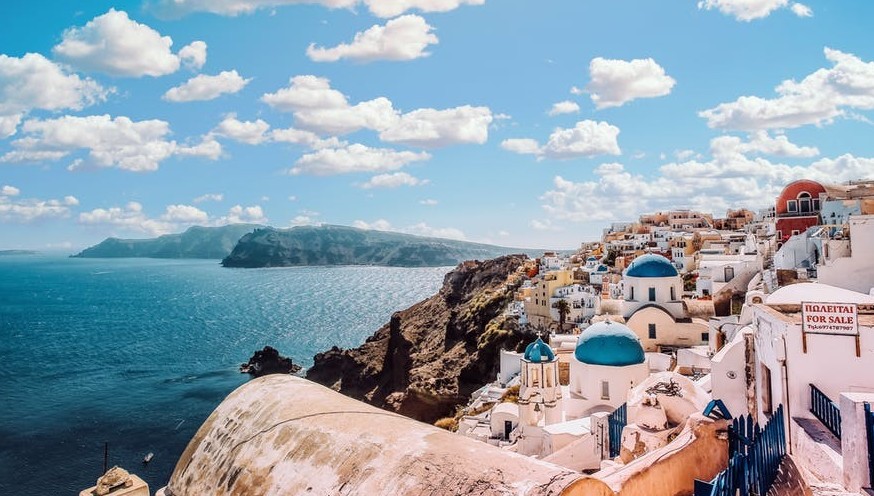 Carson city Nevada is on the banks of Lake Tahoe and it is the Capital city of Nevada State, it is surrounded by Carson River and the Sierra Nevada Mountains makes Carson City an especially picturesque. Carson City is the State Capital city. 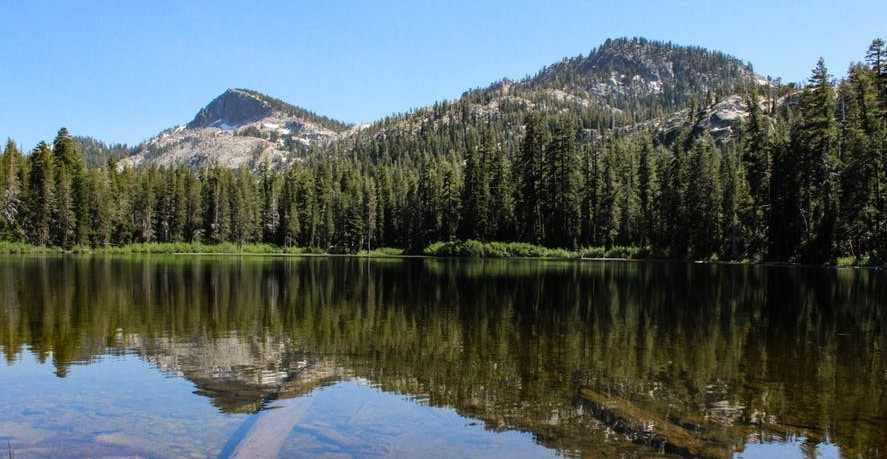 Lake Tahoe is a huge Lake on California border. Visitors who want to check out the beauty of Lake Tahoe goes right to the border where the cities of South Lake Tahoe and State line blend together. Here, you can view the largest Alpine Lake in America. There are also boats like the Tahoe Queen that take you right out onto the lake. From here we go to Reno 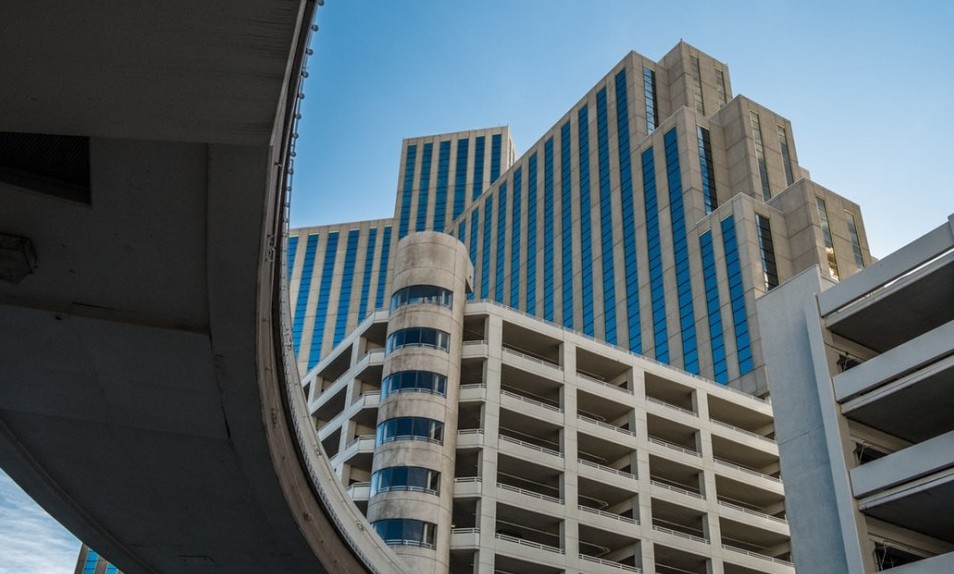 Nothing is like the Biggest Little City in the World, Reno is the city worth getting to know. At the base of the Sierra Nevada Mountains, It’s close to Lake Tahoe, In Reno all visitors can find something to enjoy.

Reno has several casinos where gambling, nightlife and all-you-can-eat buffets are abundant. Stop in at the Reno Central Library to check out the park that was brought inside the library building for a truly spectacular structure. 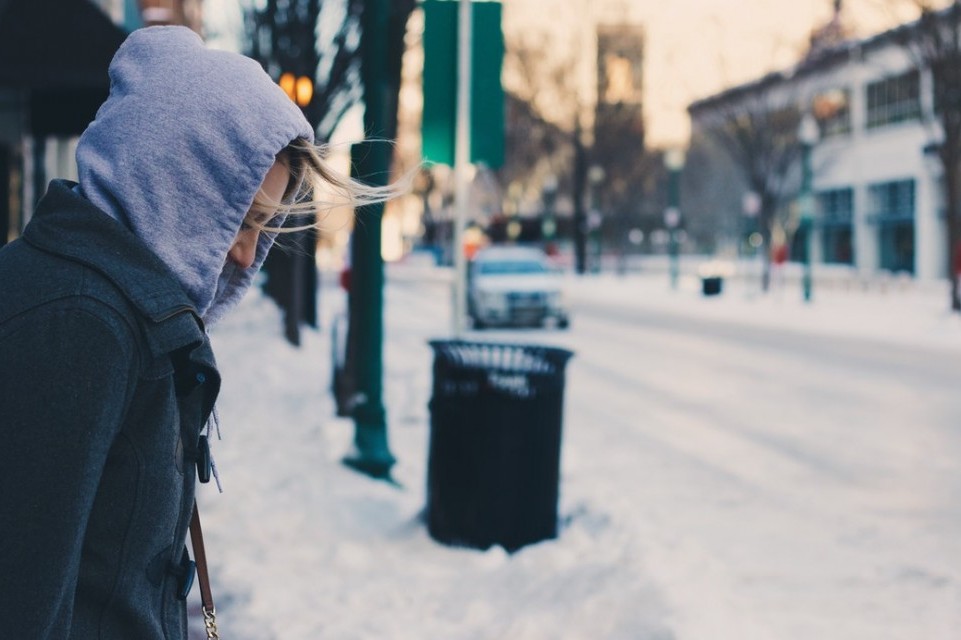 Virginia city is south of Reno, a small town with an incredible atmosphere. In Virginia city you can experience the Old West. During the 1860s gold rush, Virginia City was a high-flying Wild West boom town. Mark Twain, spent some time in this rowdy place during it is heyday and vividly captured the Wild West scene in a book called “Roughing It”. Here you see people in the streets wearing clothing straight from that era, and be sure to swing by one of the six different saloons lining C Street, the main thoroughfare of Virginia City.

One of Nevada’s most scenic destinations, and a top spot for those who love the great outdoors, is the Great Basin National Park. The park is located in the eastern part of the state close to the border with Utah. Another popular activity is hiking along the Bristlecone Pine Trail, where you can see Bristlecone Pines. These trees are regarded as the oldest organisms on the planet! Continue on along the trail, and you can even spot the glacier at the base of the towering Wheeler Peak.