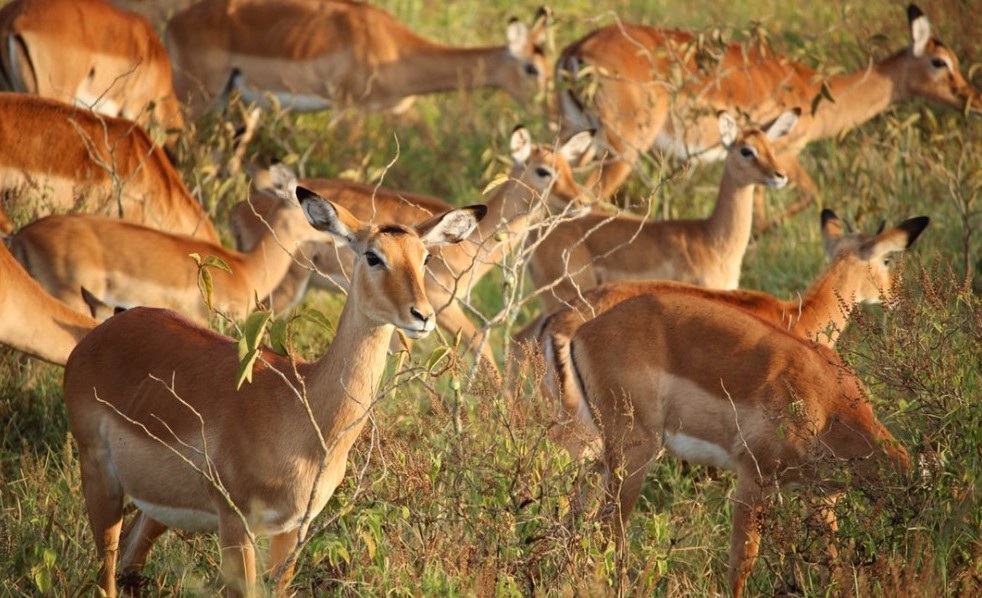 Savanna is a rolling grassland scattered with shrubs and isolated trees, and they can be found by the Tropical rain forest and desert Biome. The rain falls on Savanna is not enough to support forests.

A savanna is a rolling grassland scattered with shrubs and isolated trees, which can be found between a tropical rain forest and desert biome.

Not enough rain falls on a savanna to support forests. Savannas are also known as tropical grasslands.

Animals native to African savannas include African elephants, zebras, horses, and giraffes. Many animals eat plants, and there is plenty of grass in the savanna. 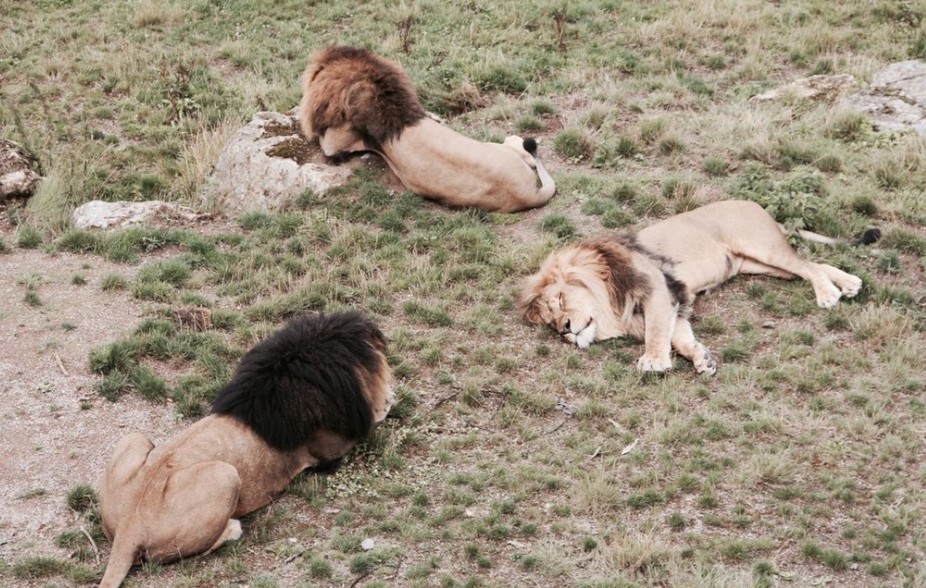 The Climate in the savanna is group AW

The A stand for a tropical climate and the w for a dry season in the winter.

The savanna climate is a distinct dry season, which is in the winter. In the Savannas it rains in the summer months.

A savanna is a mixed woodland grassland ecosystem

Some animals, like the bison, have broad, flat-topped teeth and digestive systems especially adapted to feed on grasses.

And some prairie animals have front legs and paws that allow them to burrow into the ground, where they are protected from predators.

Which animals live in the African savanna?

They are wide variety of animals. Reserve a Hotel room 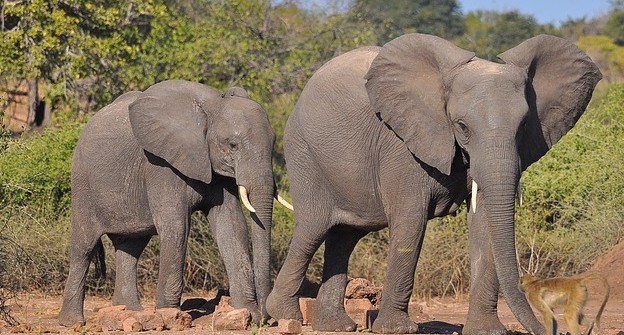 There also other places that have Tropical grasslands and located in South America, India and Australia.

The African Savanna grasslands are expansive areas with scattered trees that lie between the continents rain forests and deserts and run along the equator.

Animals found on the African Savanna

There are an abundance of animals found on the grasslands that are all well-equipped to withstand the extreme conditions.

These animals are dependent on each other to keep the environment in balance. Reserve a Car

Savanna animals are all in a constant search for food and water. Some of these animals are.

Cheetahs- are the fastest land animals in the world they can reach a speed of seventy miles per hour.

Their senses are very keen which helps them avoid being caught by predators.

Cape buffalo – This aggressive large bovine is very unpredictable and dangerous. They kill over two hundred people on average every year.

It is a popular target for hunting safaris.

Giraffes – are the tallest animals in the world reaching up to twenty feet tall? Their long necks help them reach the leaves at the tops of trees where other animals cannot reach. One of their favorite trees to eat leaves from is the acacia. 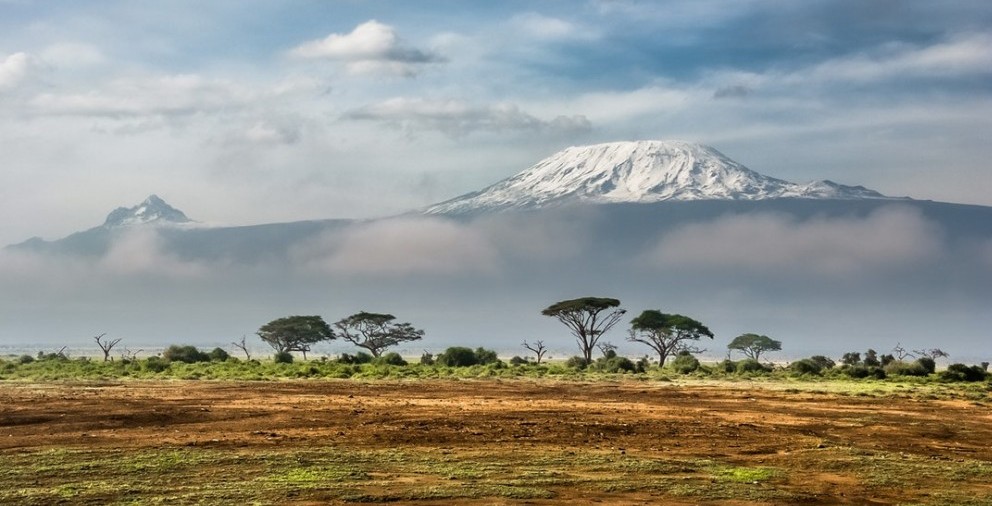 There are two seasons dry (winter) and wet (summer) on the

African Savanna. The dry season is long, lasting from October through March. This season is very dry and only about four inches of rain falls during the entire season.
It is during this season that water holes dry up and you see animals sneaking in to get a sip of water while trying to avoid crocodiles waiting to attack them.

The wet season (summer) is very different from the dry season. Between fifteen and twenty-five inches of rain fall on the savannas during this time.

It can rain for many hours non-stop. It gets very hot and humid on the grasslands during this season and as this hot air rises it hits cooler air causing rain.

A savanna is a rolling grassland scattered with shrubs and isolated trees, which can be found between a tropical rain forest and desert biome. Not enough rain falls on a savanna to support forests. Savannas are also known as tropical grasslands.

They are found in a wide band on either side of the equator on the edges of tropical rain forests.

Savannas have warm temperature year round. There are actually two very different seasons in a savanna; a very long dry season (winter), and a very wet season (summer).

In the dry season only an average of about 4 inches of rain falls. Between December and February no rain will fall at all.

Oddly enough, it is actually a little cooler during this dry season. But don’t expect sweater weather; it is still around 70° F. 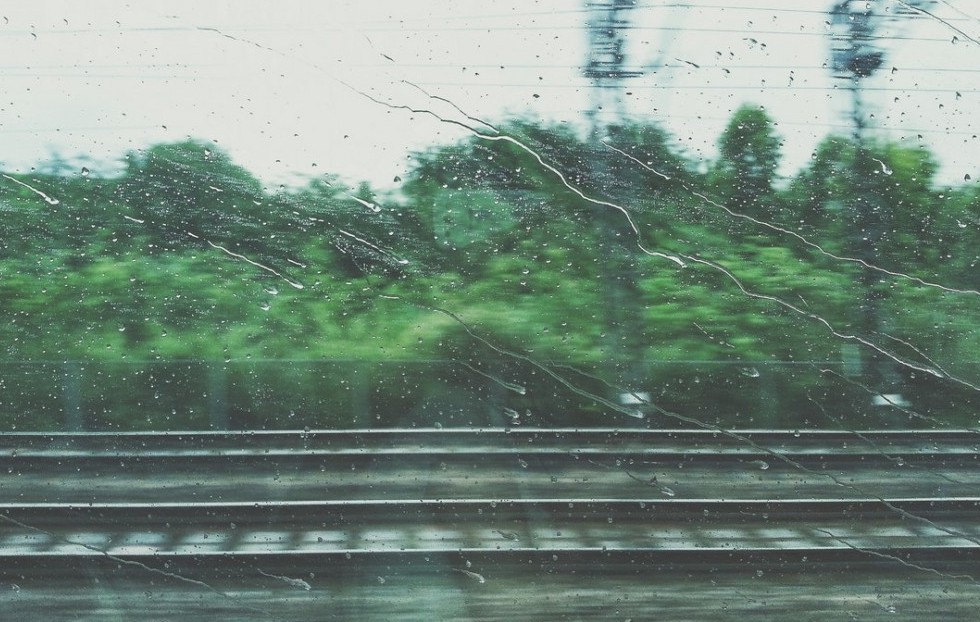 In the summer there are lots of rain. In Africa the monsoon rains begin in May. An average of 15 to 25 inches of rain falls during this time. It gets hot and very humid during the rainy season. Every day the hot, humid air rises off the ground and collides with cooler air above and turns into rain. In the afternoons on the
summer savanna the rains pour down for hours. African savannas have large herds of grazing and browsing hoofed animals. Each animal has a specialized eating habit that reduces competition for food.

There are several types of savannas around the world. The savannas we are most familiar with are the East African savannas covered with acacia trees.

The Serengeti Plains of Tanzania are some of the most well-known.

Here animals like lions, zebras, elephants, and giraffes and many types of ungulates (animals with hooves) graze and hunt. Many large grass-eating mammals (herbivores) can survive here because they can move around and eat the plentiful grasses.

There are also lots of carnivores (meat eaters) who eat them in turn.